Most households in rural areas of Kenya, and in smaller towns such as Voi, cook food on small stoves that are fired with charcoal or firewood, a so-called jiko in Swahili

The problem with jikos is that they create a lot of environmental problems. Trees are destroyed to create the charcoal and cooking causes harmful fumes.

In addition, charcoal costs a lot. A normal household spends about 2000 Kenyanshillings (about 20 USD) a month on charcoal. It can account for as much as 15-20 percent of a person’s income.

But there are alternatives. Ecozoom in Nairobi provides an eco-friendly jiko that consumes 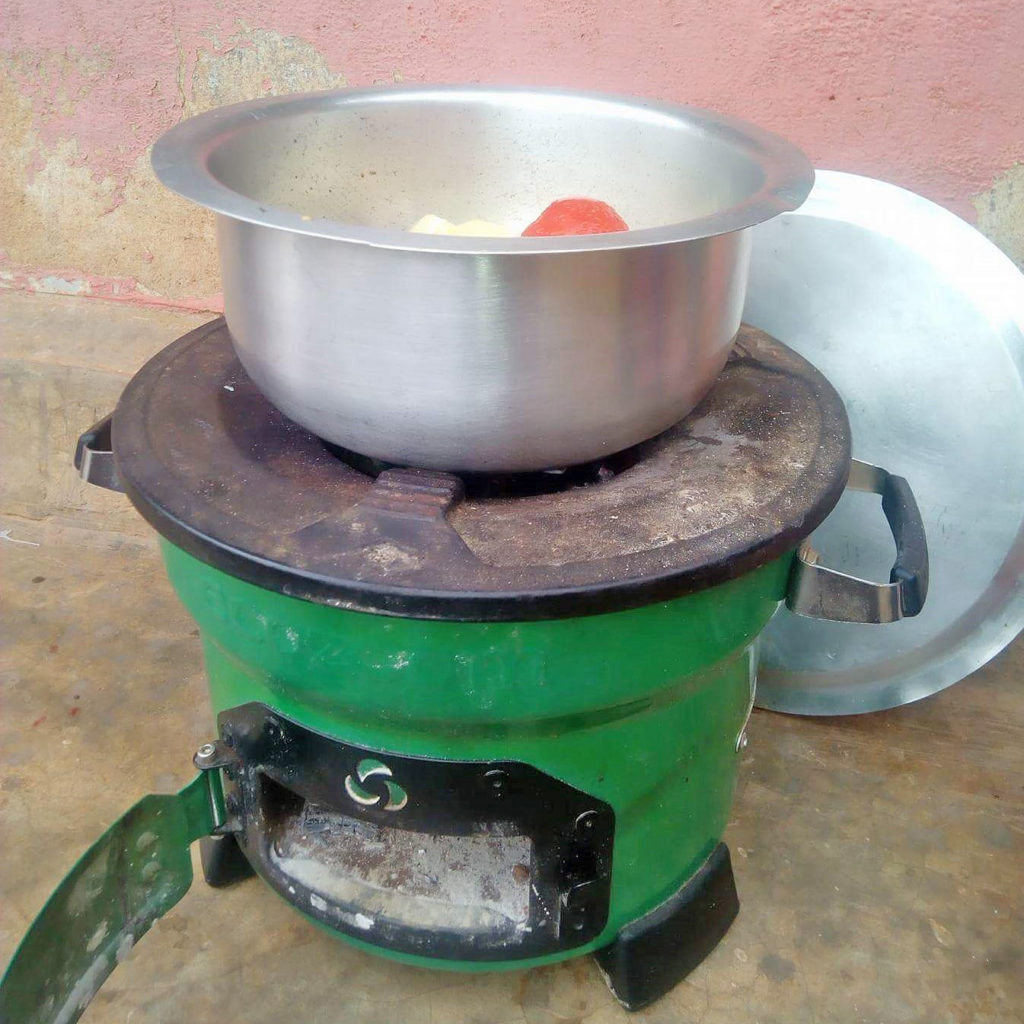 less than half as much charcoal as a traditional jiko and emits up to70 percent fewer emissions than a normal jiko. The jikos are made in China and sold in 23 countries by the company.

We buy the jikos directly from the head office in Nairobi, which delivers the items to the location we want. Most of the jikos are sold in Voi by single mothers who receive a small profit from every sold jiko. We have also distributed jikos in two other locations in Kenya. So far.

In just 3-4 months, such a jiko can pay off financially. And money is made available to buy more jikos.

The user of a jiko saves up to 1000 Kenyan shillings every month thereafter, that is 12 000 per year. Year after year! The money is enough to pay school fees for one child.

So it’s a real win-win situation and a very good way for help-to-self-help.

In addition, we distribute and sell solar energy lamps from the same company. The lamps have a burning time of eight hours on a day’s charge and include a powerbank of 2600 mAh to charge mobile phones.

Many households in the main towns have electricity, and lights are only needed for power cuts (which happen quite often). But outside the city, solar energy lamps can be a good alternative to kerosene lamps, which also cost money to run and also damage health.

Finally, we have also been able to help a number of other women and single mothers pay for school fees and/or receive a small loan in order to start some type of small income-generating business. These loans are paid back without any fees or interest.

Feel free to donate to the Jiko Projekt by clicking on the PayPal donate button below: